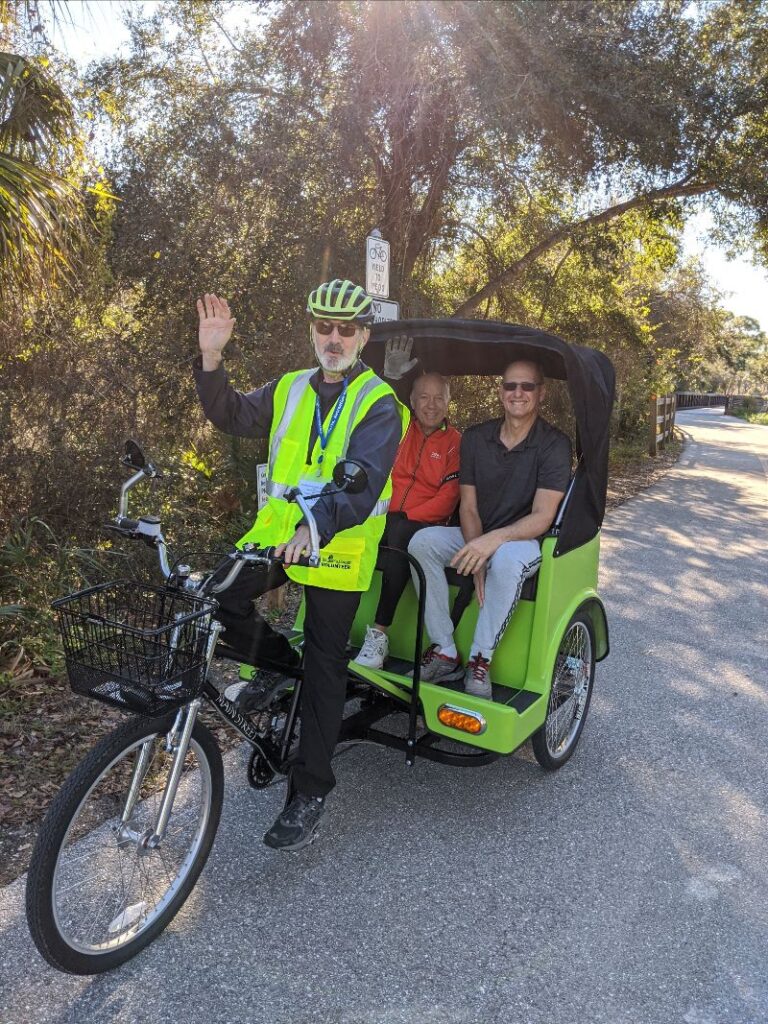 The coronavirus is certainly changing how we live. And it has caused us to put our very popular Pedicab Ride Program on hold. However, Leadership Team member Ralph Monti has developed a proposal to partner with Sarasota County and produce a pedicab ride video that will replicate a real-life experience riding on The Legacy Trail. The video, like the actual rides, will highlight the natural beauty and history of the Trail and surrounding area. 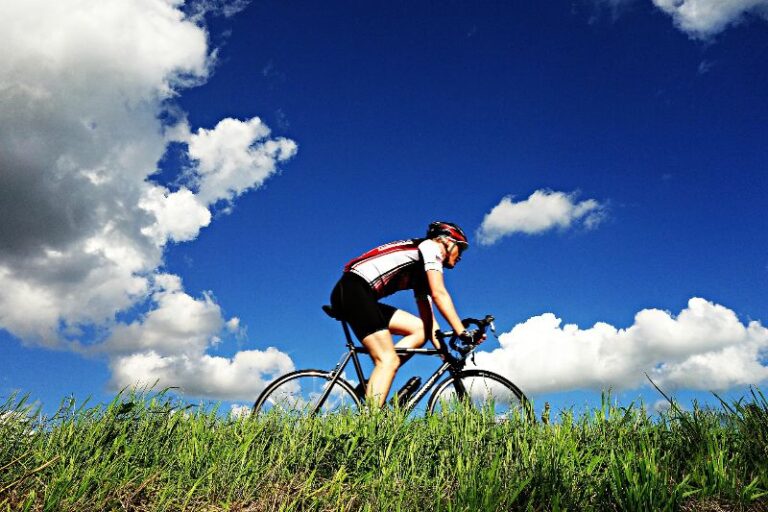 Ralph is also proposing to partner with Sarasota County and offer a free, online bicycle safety workshop for new and experienced bikers. This fun and educational workshop will be based on the nationally recognized “Smart Cycling 101” course designed by The League of American Bicyclists. The workshop will be conducted by Ralph, an experienced Certified Bicycle Safety Instructor, with a focus on bike safety protocols, hazard awareness, and trail/road traffic laws.

At Osprey Junction Trailhead (OJT), we are seeing new growth from the plants in the Gardens, and in the Hammock, unfortunately, we are also observing accelerated growth of non-native invasive plants. Invasive plants are categorized according to how much of a negative impact they have on native plants and their habitats. A non-native plant is defined as a Category I Invasive when it alters native plant communities by displacing native species, changes community structures or ecological functions, or hybridizes with natives. A Category II Invasive plant is a species that has increased in abundance or frequency and has the potential to alter natural plant communities. Plants designated as Category I include Air Potato vine, Brazilian Pepper, and Melaleuca. 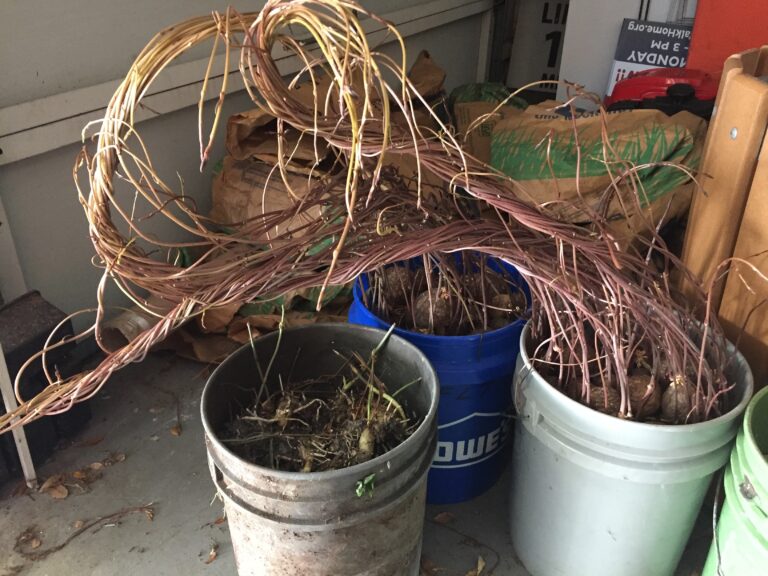 After the recent rains, we have seen aggressive growth from Air Potato vines. The plant is so invasive it does not even need soil to survive. At OJT we manage Air Potato growth with a multi-method approach that includes a collection of the above-ground tubers, hand removal of tubers from the ground, and release of a biological control, the air potato beetle. Recently, we have been able to remove a large amount of air potato from the property, but there are still many remaining. We miss our volunteers, and look forward to the day when you all can return and assist with the battle of removing air potato from OJT!

Volunteer operations at OJT Park continue to be temporarily suspended. However, our planning work is going full speed ahead and we expect an increase in the number of projects, programs, and events when we are allowed back to work at the park. With the increased activity, we have identified volunteer opportunities in the following areas that will help us achieve our goals:

If you have an interest in any of these areas please contact Chuck Butterfield at gulfman8@comcast.net or 941-408-3979.

County Parks has approved our proposal to build a display board in the Visitor Center that we will use to recognize volunteers who achieve increasing levels of volunteer time at OJT. Leadership Team member Steve Katzman will build the display board with movable volunteer name badges and install it. 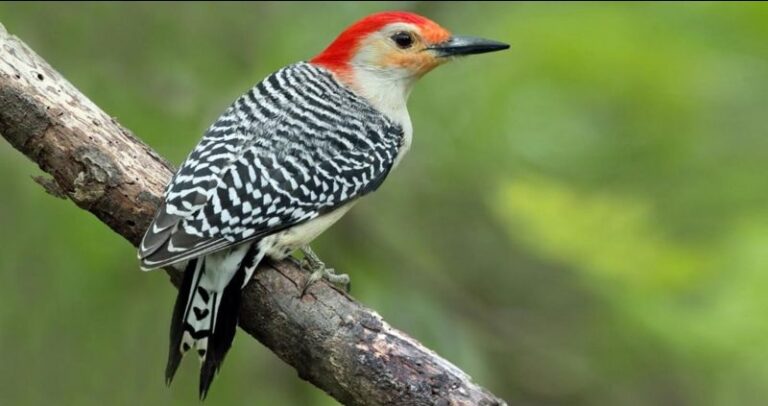 A Bird You May See at OJT

The Red-bellied Woodpecker is a medium-sized woodpecker found all over the eastern part of the US, in wooded areas. The male woodpecker in this photo is distinguished from the female by the continuous strip of red from the beak across the crown to the shoulder. The female does not have red on the crown. The belly has only a pale splotch of red to give the bird its name. 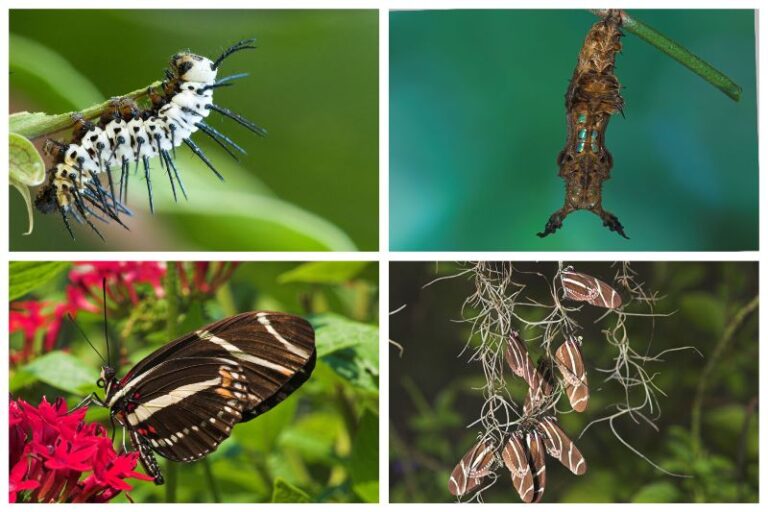 This is our beautiful state butterfly and we should be seeing it at Osprey Junction Trailhead. It is the Heliconius charithonia, commonly known as Zebra heliconian or Zebra longwing. It is easy to identify with its long narrow striped wings. One of the caterpillars’ food plants is Passiflora suberosa – the native corkystem – which is already growing on the property.

When the caterpillars are very young they’re orange and then they transition to this white color as they mature in the various instars. Note the first 3 legs of the caterpillar are different than the others. They are called true legs and are for holding and manipulating food. They carry over to the adult butterfly stage. Behind are 5 pairs of soft, fleshy legs called prolegs, used for locomotion. The feet are tipped with small hooks – they lift one pair at a time – not lifting the next pair until the first pair is down. They have small holes called spiracles in the sides of their bodies through which they take in air. Because they live so close to the ground they can easily drown, even in a puddle.

Continuous egg production requires a steady source of protein in addition to the sugar found in nectar. These butterflies actually gather pollen in their mouthparts & ingest nutrients gradually through a chemical action. Only longwing butterflies are known to do this. Therefore they can live longer than most butterflies – up to 6 months. Without ingesting pollen they would live up to one month like other butterflies.

Another unique thing, they return to the same roost communally night after night for weeks or months. There can be 6-60 individuals – and it is called a crèche. There is a theory that it may serve a social function – information sharing – educating the young. 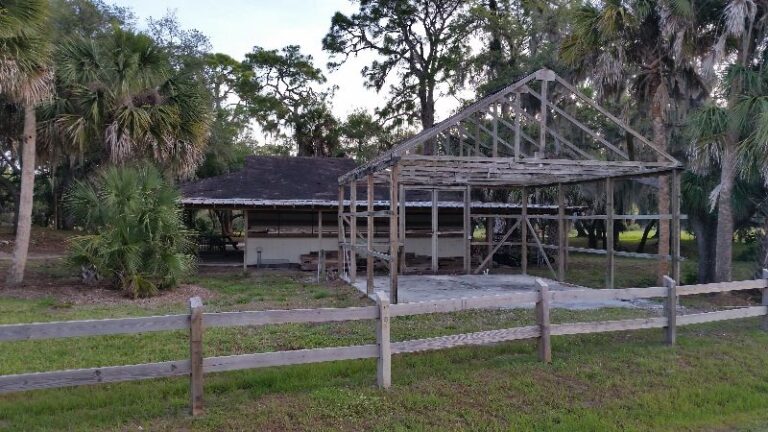 We submitted a proposed Concept Plan to County Parks for a Gardening Activities and Learning Center. Our primary goals will be to grow plants and trees for use in the park, grow plants and trees for sale as fundraising activities, and provide education for the general public and volunteers. The Plan involves fencing a 2575 sq. ft. the area next to the barn that will include the renovated greenhouse and areas for volunteer work, storage, composting, rain barrels, and solar power for the greenhouse. 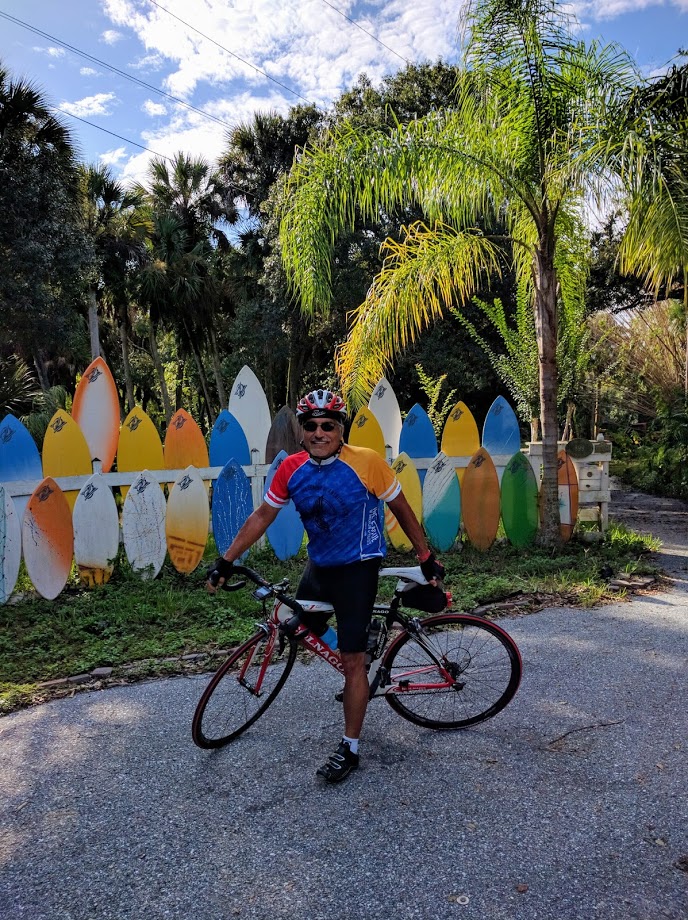 There’s a saying among experienced bicyclists that wearing an improperly fitted bicycle helmet is the same as not wearing a bike helmet at all. With this mind, here are five keys to remember and an accompanying video link that shows how to properly fit your bicycle helmet.

When you buy your helmet, your best option is to visit a local bike shop where they can assist you in getting the right fit. Never accept or buy a used helmet as it could be damaged by a previous owner. Because helmet safety performance can deteriorate with age, it’s a good idea to replace your helmet every 2 years. Note the date of manufacture inside the helmet. When disposing of a deteriorated helmet, cut off the straps so no one else can use it. Finally, store your helmet in a cool environment when not using it. And ALWAYS wear a properly fitted bicycle helmet when riding.